Go To AVADirect.com
Home / AVADirect Blog > Ryzen 5 is Here! Which Ryzen 5 Processor is Right for You?

Ryzen 5 is Here! Which Ryzen 5 Processor is Right for You?

It’s the moment that we have all been waiting for, AMD has once again entered the major market computing scene with their new Ryzen 5 processors, using their patented Zen architecture. The first release of the Ryzen 7 was a bit of a disappointment for gamers, seeing as how these chips are aimed at powering high-end workstations as opposed to gaming rigs.  This is where the Ryzen 5 comes into 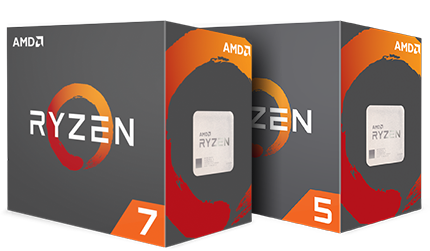 play. Said to be pointed at directly competing against Intel’s i5 and i7 line, it is to be assumed that the 5 will be aimed at enthusiast and gamers. So how does it stack up? Let’s take a look!

At first glance, these processors look the same, right? So what really differentiates them from one another? Let’s take a look:

With that, we wrap up the Ryzen 5 lineup. How do you think they will stack up against some of the Intel chips? The specifications sure look convincing, but only time will tell.

My name is Kyle Mizer, and I'm a Technical Support and Sales Representative here at AVADirect. I have been with AVA for just under a year, and have enjoyed every aspect of it thus far. When I'm not busy with my work life, I enjoy working on my own system, gaming on occasion and spending time outdoors!

The comments are closed.